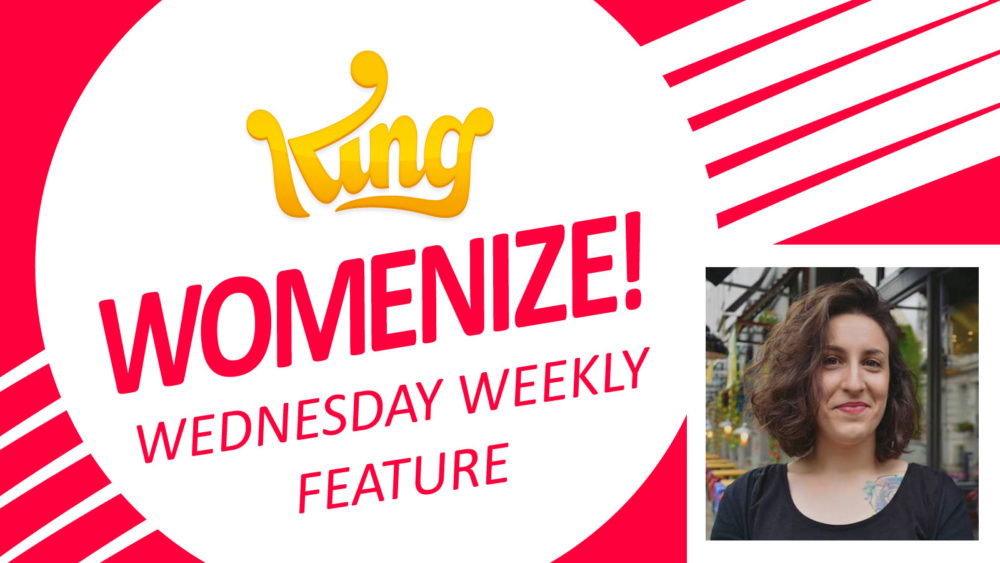 Womenize! Wednesday Weekly is our weekly series featuring inspirational women from games and tech. In this special edition we highlight five sHeroes from leading mobile game studio King. Today, we introduce Anastasia Gkelameri who is Junior Data Scientist. Read more about Anastasia in this interview: 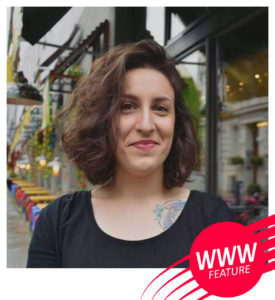 Hi Anastasia! You are a Junior Data Scientist at King. The role of a data scientist is not something you hear about a lot, can you tell us a bit about your job and what it revolves around?

Currently I’m working as a Data Scientist in King’s Berlin studio, mainly supporting one of our live games, namely Candy Crush Jelly which is part of the Candy Crush franchise. My job is to help the game team make data-driven decisions as well as to make sure that we avoid various pitfalls coming from the data we use. Most of the work we do boils down to providing sources of truth to our stakeholders so that they have all the right information to run the company; for instance, a simple but essential question to answer would be “How many players did we have yesterday?”. More complicated questions arise, of course, and we dabble in forecasting for the business as well as in solving various optimisation problems on a per game level while it’s in development in order to decide if it provides a good enough player experience before launch.

One of the most powerful methods we use to help us make conclusions about in-game elements is A/B testing; in a nutshell an A/B test is an experiment in which we use our player population to compare two (sometimes even more) variants, A and B, in terms of effectiveness, or which of the two players prefer most. This helps us decide which of the two to keep and make a permanent feature in the game. The tools we use for analytics and other coding work is usually some general purpose programming language like Python, as well as a language like SQL to manage data that we’ve collected that sits in storage, in some kind of database. So as to avoid more technicalities, on a higher level, the job of a Data Scientist is a mix of lots of statistics, programming and some solid math in order to extract knowledge from data.

Before working at King you’ve also been working in jobs outside the gaming industry. What made you want to be a part of this industry, are there any benefits?

The reason why I chose to move into games a couple of years ago was that I simply love the product. Gaming played a big role in my childhood and later life, and I find it very enjoyable to work for a product I personally support and have an intuition for. In various other jobs that happened to be unrelated to the gaming industry I found myself unable to relate to the product, which led to a lack of motivation that affected me personally and professionally. The core of the job is the same in theory; what changes depending on the industry is the application, and how much impact one can have as part of a team. At the moment, I’m grateful to be experiencing a friendly and open work environment that emphasizes diversity and inclusion, space to develop in skills and knowledge, and amazing people to work with and learn from.

If you would have to describe your job to someone else, what do you think is the very best thing about being a Junior Data Scientist?

This is quite a tricky question to answer. In my mind there is not one thing that is “the best“, so I’ll try to summarise the highlights of the job. It never gets mundane, at least for me. There’s always something new to learn or ways to become better in a technique you (think you) already know. The team dynamic plays a major role in ones development; there’s solidarity in knowing that you, as a unit, don’t know about most things, and this is very prominent in the field of Data Science, as most of us come from very different backgrounds and so we take care to complement each other’s skills. In my journey so far, I’ve met many people with such a thirst for knowledge that also fuels mine, actually maybe that *is* the very best thing.

Thank you for your time Anastasia!