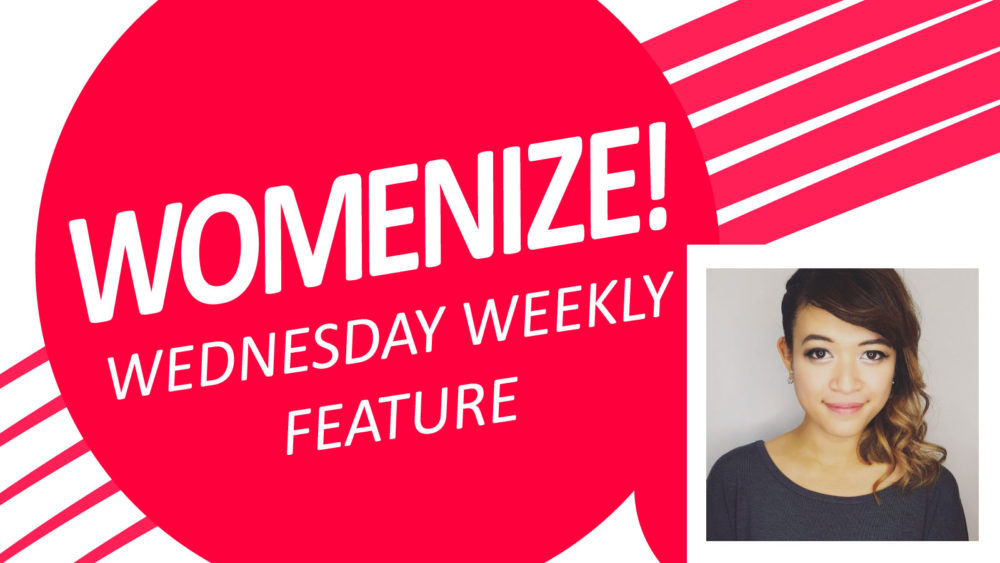 Womenize! Wednesday Weekly is our weekly series featuring inspirational women from games and tech. We had the pleasure of speaking with UI (User Interface)/UX (User Experience) designer Anisa Sanusi of Hutch Games this week. She tells us about her work and why she is “fighting for inclusivity” in the industry: 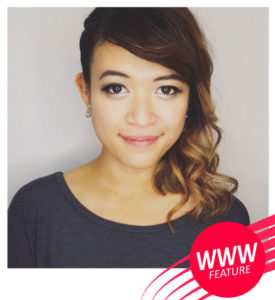 Hi Anisa! First off, how did you become a UX Designer what led you to specialize in UI/UX?
My mother bought me my first Sailormoon comic book at age 7 and I was immediately inspired to draw just like it. Ever since then I loved all things comics, animation and video games. I went to university to study Computer Animation but whilst there I befriended a few people in the games course. I helped out a programmer on his final year project where I did all the art for his side-shooter game. That project, alongside prior experience at an animation studio got me my first games job as a 2D Artist. Just getting into the industry wasn’t enough, that was just the beginning. I didn’t know how I fit anywhere, as I wasn’t really a concept artist or a competent 3D artist either. Somehow though, all the UI work felt very natural to me – they were elements of the game that most people find boring, yet I thrived working on.
It wasn’t until I was working on Planet Coaster whilst at Frontier that I started looking up this discipline called “user experience”, or just UX. The theme park management game was UI heavy, and the game design behind it all was extremely intricate. I was in a unique position where my UI work could make or break the game. Fortunately I was part of a huge UI team that was compromised of both coders and artists, and I’m very proud with what we’ve achieved. It opened a door to me that I didn’t know existed – great game design could be hampered with bad or absent UX design. For the first time I felt like I had influence over a games holistic experience that just isn’t some menu buttons hidden in the options screen. For me, art was getting the door open and entering the industry, but UX design was finding the seat with my name on it.

Last year you switched from Frontier Developments to Hutch games, a big change of direction in your career. How come?
Frontier is a bigger company of 300 or so employees with a rigid internal structure based in the quaint town of Cambridge. They mostly made PC games but also port them onto consoles. Hutch on the other hand is a much smaller company of 60 people based in the very beating heart of London. Hutch focuses solely on mobile games, specifically in the automotive and racing genre. Both are great games studios, but Hutch as a whole fits my personality and working style much better. Frontier granted me chances to work on well known titles with great reach, but I felt like I work better in smaller teams where I could have a stronger influence on the final game. I’m a lot more hands on here at Hutch, and wear multiple hats of designing, making art and implementation too. Doesn’t hurt that it’s based in London, a city I’ve always dreamed of living and working in! It was a big risk when I made the jump, but as I get older I’m much more aware of how I am as a person, a developer and an employee which also means I know better what kind of work place I can thrive in.
I think it’s very important for young aspiring game devs to understand that you shouldn’t put too much value to working in a “popular” studio as a measurement of success. Games has such a wide point of entry that you get people fitting in so many different slots – AAA, or indie, development or management, journalism or PR. Once you’re in the industry, the next challenge is finding where you belong – and from there you can start carving out your mark, regardless of where or when. It’s not a race or a competition. It’s a place for you to grow and create at your own pace.

You’re an advocate for ethnic diversity of women in the games sector. What personal background story and experiences motivated you to inspire diversity in games and tech, not only in gender but especially in ethnics?
So I’m currently based in London, UK. As you might expect, the landscape of the industry is mostly male and white – unlike me, a south-east asian female immigrant. I would say that I’ve been pretty lucky in my career path that I haven’t endured any traumatising negative experiences, though sometimes I attribute that to my naivety. Looking back at my university or early days in the industry, there were a some incidents that at the time I thought was just bad luck with people – but with better understanding of the socio-economical implications now, they were definitely acts of microaggression. Older women are a lot more in tune with recognising and calling out unwanted behaviour. I had one woman in power help me through a tough time at my first games job. I hope to do the same with new incoming women into this industry. I want to be the person I needed when I was younger.
Being an immigrant grants me a certain perspective that is unique to people of this category. I get people on the street shouting asian slurs at me. I see actual islamophobia in the media. I am not strong in that I believe I can change the minds of people different from me, or even that I have solutions to these problems. But what I do know, is that sometimes all you need is an empathic ear, a shoulder to lean on, or someone to just say “yeah, I understand how that feels”. Rami Ismail, a fellow muslim developer, said that his goal isn’t to make everyone on earth to make games – but it’s to make everyone that wants to make games, feels welcomed and safe. I agree with him, diversity isn’t the end goal. We’re fighting for inclusivity.

Thank you for sharing your insights!

Interested in more inspirational women? Come to Womenize! Games and Tech Cologne Edition and connect with an abundance of incredible talents from the industry!